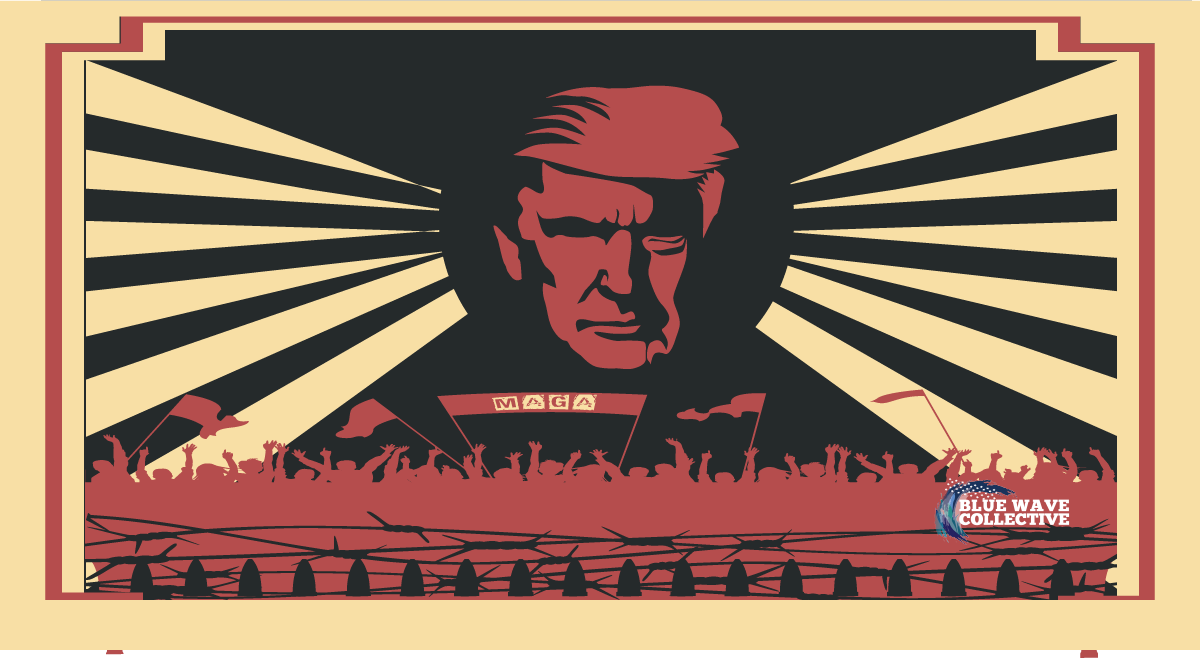 When the President of the United States of America was impeached for his efforts to extort a foreign ally into manufacturing a fake scandal against his political opponent, it should have been the end of Trump’s support from the right-wing. A line in the sand was drawn, regarding whether these people would support their system of government, or whether their party identity politics was so fortified that they would ignore this completely and continue their unquestioning loyalty to Donald Trump. It is a reflection of how bad the partisan rancor really has become between the right-wing and everyone else. That they would visibly support someone pushing Russian-origin disinformation talking point to damage a political rival was the right-wing, as a whole, crossing over that line.

It will be baffling to future historians with regard to why we let this happen. It will also confuse them as to how the head of the House Intelligence Committee at the time, Devin Nunes, was allowed to conspire with the White House to debunk his own investigation into their activities with foreign governments. It will make no sense as to why he, and the rest of the GOP House and Senate got away with using all of their time in hearings to continue to push the effort that Donald Trump himself would be impeached for. But not a lot of things in this administration have made much sense.

The loyalty that Trump’s base shows to him is fueled by the enmity they feel for anyone who has a different political opinion from them. We’ve all talked to a Trump supporter – we all know firsthand how reticent to fact and reality they are when it comes to their support for him. Trump isn’t exactly a charismatic individual. He’s not a great speech-writer, talks at a fourth-grade level, and often makes no sense at all. He’s not a wartime hero, he’s a draft dodger who never served his country. He’s not a successful businessman, his businesses have often bankrupt and his entire empire was built on loans from unknown origins through Deutsche Bank. He’s not a gifted stateseman, as he has over the last three years given every cabinet position to lobbyists and magnates, resulting in some of the worst corruption scandals in the history of the EPA, The Department of Interior, and DOJ. His closest political consultants, with him since 1980, are both in Prison. His attorney is in Prison. So why is Donald Trump’s approval unchanged among them?

And for good reason. Here we are more than three months before the Democratic National Convention that in 2016 saw fractious party machinations instead of a unified party with a clear front-runner.  Every Democrat presidential primary contender has now endorsed Joe Biden. The right-wing and current Russian State-sponsored attempts to further divide the left will fizzle without a clear Sanders or Stein to use as a prop for division, and the attempt to extort Ukraine into manufacturing scandal was exposed. With these obvious attempts to cheat in the election and align pro-Trump narratives with hostile foreign nations not panning out, they will need a new angle to attack.

This does not mean they will give up their attempts to smear Biden’s family with allusion to scandals. We are about to hear a resurgence in the narrative while the GOP continues to use this Russian-origin agitprop campaign to smear Joe Biden, but the obvious question will remain in the heads of any rational person reading it. Didn’t Dona;d Trump get impeached for this? Didn’t Lev Parnas and Igor Fruman get charged for trying to push this? Isn’t Rudy Giuliani under investigation right now for attempting to coordinate their own conspiracy against Biden? The answer to all of these, is yes. Like many of Trump’s closest advisors who have gone to prison have found out, one can still be held accountable despite a corrupt crony attorney general, and there is a reason these investigations aren’t wrapping while Trump remains in office.

Look for a kitchen-sink conspiracy theory effort against Biden now

We are already seeing the effects of a multi-pronged disinformation campaign. US intelligence agencies have confirmed that Russia is still manipulating our elections through disinformation. The right-wing is still taking their talking point directives directly from this propaganda, and vice-versa. As dementia was especially effective during the 2016 elections, it has returned as the primary talking point at present vs. Joe. This will be quickly dispelled in the coming months as Joe hits the campaign trail in earnest, but it won’t stop there. Look for the GOP to continue to insinuate shady dealings with Biden’s son, attacking Biden’s family with baseless accusations that a full campaign of investigation and conspiracy between Giuliani, Nunes, Parnas, Fruman, and Trump, were unable to develop. They don’t need to evidence when trying to convince their own base.

The point is this: for the next 6 months, we will see conspiracy, accusation, and every dirty trick in the Republicans playbook in full force for 2020. They know that if they lose now, it could be a great many years before they are able to fix the credibility of their party damaged by their engagement with Donald Trump.