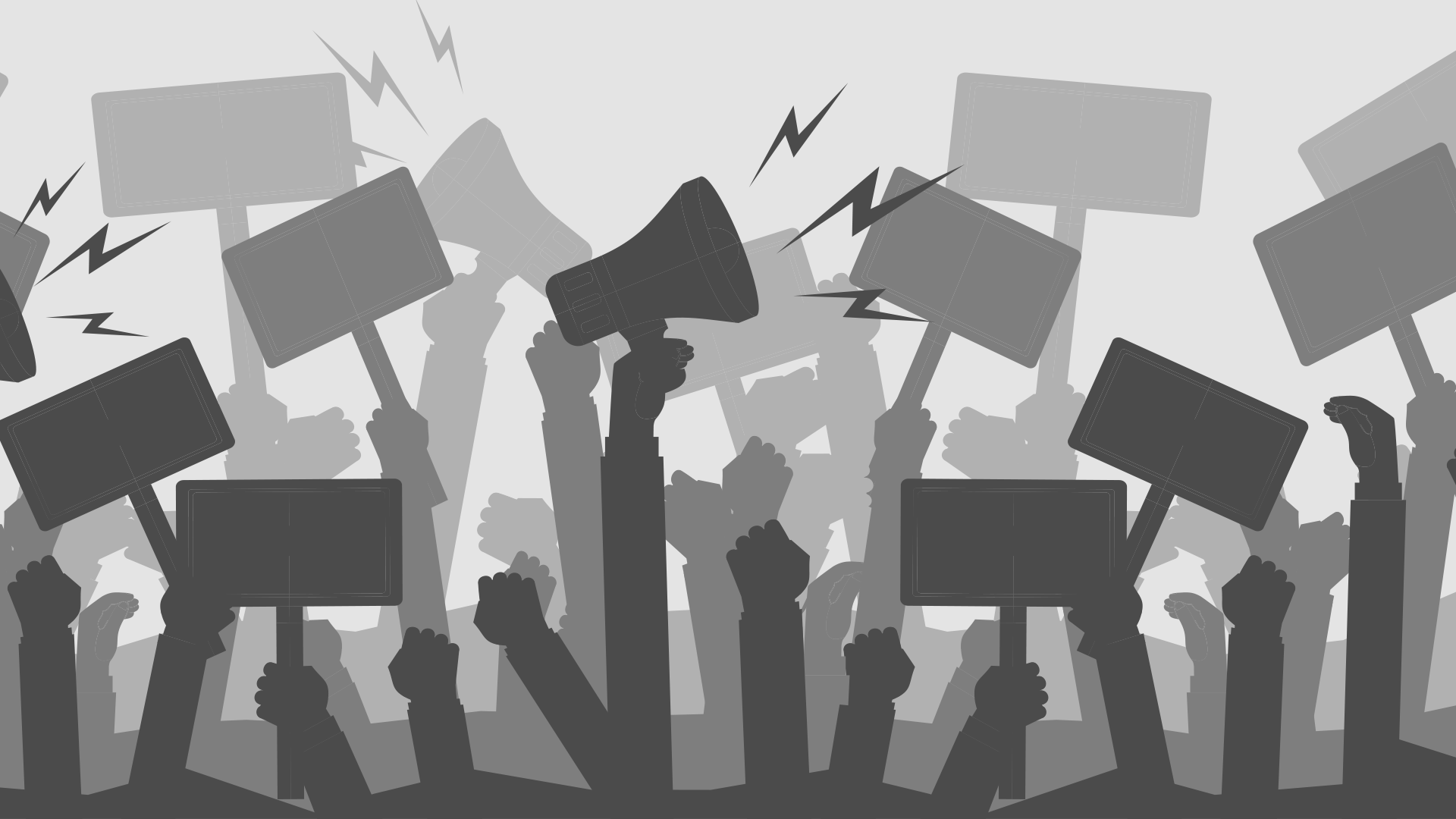 The Freedom of Assembly, also known as the Freedom of Association and the Right of Assembly is defined in the Miriam Webster Dictionary as: “the principle of popular government often constitutionally guaranteed that it is the right of the people peaceably to assemble for any purpose not expressly prohibited by law.”

The UN General Assembly’s Universal Declaration of Human Rights describes this concept in this simple, apt, manner, in Article 20-1. “Everyone has the right to freedom of peaceful assembly and association.“

For our purposes, we will use the phrase Freedom of Assembly, and our context will be in that of the peaceful protest. The concept of “Freedom of Assembly” is as old as civilization itself. It has been around as long as man has had rudimentary government with the few in power at odds with the masses of proletariat. We have seen the effects of Freedom of Assembly in many nations at many points in history. In the United States, we recognize it in association with the Boston Tea Party, Women’s Suffrage, Civil Rights protests, anti-war protests, pro-life, pro-choice and a myriad of other issues. It is a fundamental aspect of being a politically active American citizen.

We find ourselves currently in times where this right is perhaps at it’s most important and has been most utilized. We experienced the Women’s March on January 21 2017, the day after Donald Trump’s inauguration. These were held in multiple cities across the U.S. in response to the blatant misogyny of the President-elect. These marches would prove to be some of the most massively attended in U.S. history. Since then there have been many other protests in response to multiple issues, including most recently the Impeachment Trial of Donald Trump, the House of Representatives vote on Articles of Impeachment, Virginia’s 2nd Amendment demonstrations as well as to protest a possible armed conflict with Iran. These are but a few. The most successful events had definitive goals, excellent organization and used sheer numbers to work towards specific  outcomes on an issue by issue basis.

At present, we face our most grave threat to the nation, our constitution and our citizens. We have a President that is unfit for office in multiple ways, enriches himself and his family through his office, has been impeached for abuses of power, extortion, was acquitted via a show trial, and emboldened rather than tamed, he now seeks to bend our democracy to his will. He and his administration veers in the direction of outright fascism and he himself seems very likely to be mentally unstable. Add to this the complete abdication of duty by our Republican senate majority as well as the larger government’s failed responsibility to maintain vigilance over our separation of powers. In addition to all of this, we have a rogue Department of Justice with an Attorney General that acts as an arm of the executive branch, seeking retribution from those who simply did their duties that they swore an oath to do. Indeed, these are the most dangerous times we have seen since perhaps the Revolutionary War and Civil War eras. Our country, and life as we know it, is at stake.

Amazingly however, some still seem to be asleep to the fact that we are even at this dark point in history. Cushioned with creature comforts, and easily distracted, the majority has simply been entitled with living easily for so long, that they are failing to see that we, as a country, are swiftly approaching a point that may actually be our last chance to exercise some of these freedoms that we take for granted. We are the frog, and the pot of water is almost boiling.

We need to be exercising our Freedom of Assembly as much as we can, NOW, during these historic tumultuous moments. Countries around the world have responded with protests and demonstrations of their own to show their opposition to their own corrupt governments, unpopular policies and political coups. With modern tech, many countries such as Iran, Venezuela, Korea, China, France and many others have been able to organize massive demonstrations in response to their own political turmoil with simple social apps such as Facebook, Whatsapp, Telegram as well as others. Here in the U.S. we have well known organizations such as Indivisible, MoveOn and others that bring the citizen masses together in fully organized protests via online website organization. We have the infrastructure, what we are missing is the urgency.

The time is NOW to be in the streets, exercising our rights. It is of the utmost importance that a show of solidarity of our citizenship, our residents and our supporters be made to emphasize that we will not be quiet, that we will not ignore the brazen corruption, that we will not dismiss the threats to our fair elections, and that we will not tolerate the policies that have endangered our environment and preyed upon the weakest and poorest among us. We are witnessing a gradually quickening shift in the American experience into a dystopian fascist corporatocracy. Our government has failed us, our ruling party abhors and ignores us and we can not, will not, stay silent. Our Democracy is at it’s breaking point.

We urge every one of you to actively seek out participation in your own Freedom of Assembly wherever you are. Talk with each other. Organize. Recruit. Explain to those who are still under the illusion that these events will somehow work themselves out. They won’t. It has been seen over and over in history that democracies die in the slide to authoritarianism. Germany during the 1930s is an example that encompasses a similar authoritarian shift. It happens bit by bit, piece by piece until it is too late. We must not let that happen here. It is not too late…yet.

Below are some organizations where you can become active in getting your voice heard and some where you can receive alerts of upcoming demonstrations and events. Your participation makes all the difference. The power to effect change lies in numbers. We are a strong resistance when we work together. Apathy and complacency have killed more than any weapon. Now is not the time to be a bystander. Act. Get involved. Exercise your human rights. Use your Freedom of Assembly.