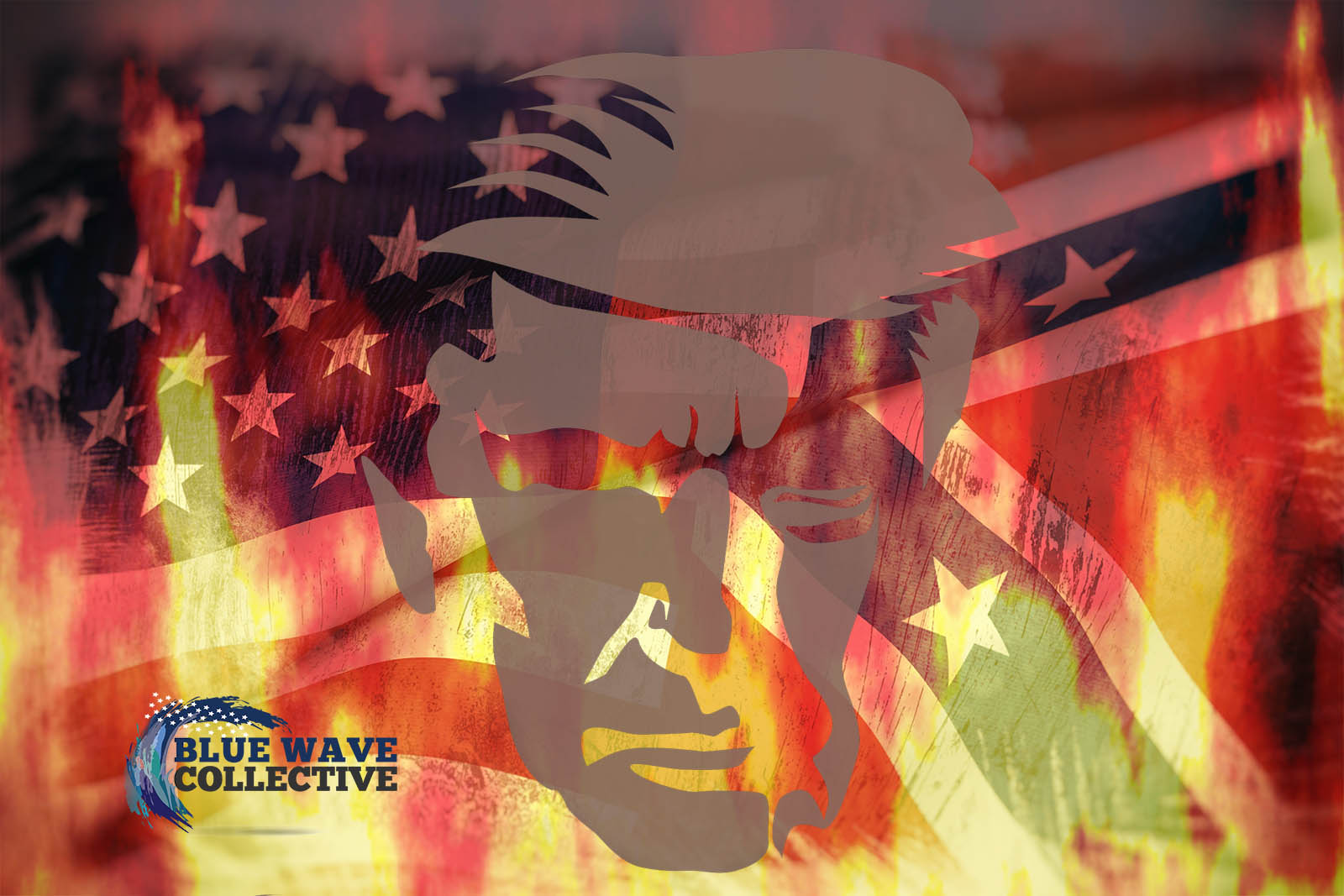 Our “Shadow Civil War” has already begun, and it is threatening to emerge from the shadows. If you are a right-wing Republican, you are currently at war with anyone who does not share your political positions. If you are a liberal, centrist, libertarian, or whatever other label you adhere to, then war is being waged upon you by the ruling party.

The Republican Party has been stirred to peak partisan by a weak president who’s only chance at re-election is maximum division, and a GOP who is too deeply entrenched with modern “Trumpism” that they can’t back out. Almost anyone within the GOP leadership who would have voiced discontent has been pushed out. Jeff Flake, Justin Amash, the late John McCain, and over 100 other notable GOP “drop outs” in the Trump Era, have been pushed from the party for not falling in line or failing Trump’s now-infamous ‘loyalty tests’. Despite their (often ineffectual) protests, Trump has somehow bombasted his way into the optics of compliance among the majority of the GOP. Optics because most of the GOP leadership support Trump as a convenient distraction to the ongoing republican objectives of stacking courts, gerrymandering, pushing reckless tax cuts, and now; fomenting treason. But while the GOP leadership may know it is a game, the right-wing base certainly does not. Taking cues from GOP leadership, the right-wing believe they are at war.

The GOP aren’t alone in their efforts to stir division in the United States as a way to distract. They are currently being empowered by hostile foreign interests supporting that narrative through active propaganda across all social channels. This should be hyperbole and conspiracy rhetoric, but unfortunately, they are facts that we, as a country, are doing nothing about. It is a fact that Israeli Intelligence was involved in both pushing Trump in the 2016 election, and are working again this year to similarly affect US elections. State operatives in Saudi Arabia have had thousands of pro-trump propaganda-spewing fake accounts removed in recent months, and have put millions into online peer influence campaigns in the United States.

And then there is Russia. No matter what your opinion is on Russia, they have consistently won the first battles of this “World Cyber War”. Through a kitchen-sink effort to get Donald Trump elected, they have pushed influence campaigns in for top 2016 challengers Jill Stein and amplified divisions between Sander’s supporters and the left. They pushed disinformation on Facebook,  empowered by support for targeting specific demographics through Cambridge Analytica’s illegal use of Facebook information.  They responded to Trump’s request to hack and damage his political opponent within  hours of Trump asking them to on Camera. And this is a small sampling of only the efforts they have been caught in.

Now, in 2020, we repeat the cycle. This time we have no one in charge to protect our elections from hostile foreign interests looking to subvert them, and our intelligence community has informed us, in no uncertain terms, it is happening at this very moment as Russian propaganda on Facebook seeks to push the same coronavirus misinformation that Trump is currently engaging in. Despite this, the GOP Senate has voted multiple times to block election security bills on the floor of congress, aiding and ‘giving comfort’ to our nations enemies in a time of war and failing completely in their oaths to protect the Democracy of our Republic. This is how our government has failed to protect us from our enemies abroad. This is how the GOP led congress worked to empower efforts against us – by blocking any defense we could have created on partisan grounds.

And it is with this action, they are telling us that they want a civil war. If “the enemy of their enemy is their friend” then they are declaring you, and anyone else who doesn’t adhere to their identity politics, as their enemy.

The Enemy of Their Enemy

If you still don’t believe you are in a “shadow” civil war right now, verification is simple. Just ask one of them. Any of them, really. “Are liberals your enemy?”. “What do you think poses more of a threat to our way of life, liberalism or Russia?”. We all know what their answers to that would be. So if we are at war, then why aren’t more of the left treating this partisan enmity with the same seriousness that the right-wing does? The simple answer to that is that while hostile interests both foreign and domestic are working to turn the right against the left, those same hostile foreign interests are working to turn the left against the left. Stirring division within the ranks as an effective method in their overall efforts to push discord.

The President of the United States of America sent a tweet supporting armed protestors storming the State capitol. The Senate Majority Leader released a statement claiming the previous President of the United States Barack Obama “Should have kept his mouth shut”, implying consequences for not doing so. The GOP House Intel, Judiciary, and Foreign Committee’s spent their entire house impeachment arguments pushing the same conspiracy theories Donald Trump was impeached for.

This isn’t “identity politics as usual”, it is a scorched earth last grasp at power from the GOP, and what they are telling the world is that if they don’t get the power they demand, they are going to take it all down with them. This is no longer “divisive politics”, the President of the United States of America has clearly declared Democrats as “the enemy”. His base heard him loud and clear.