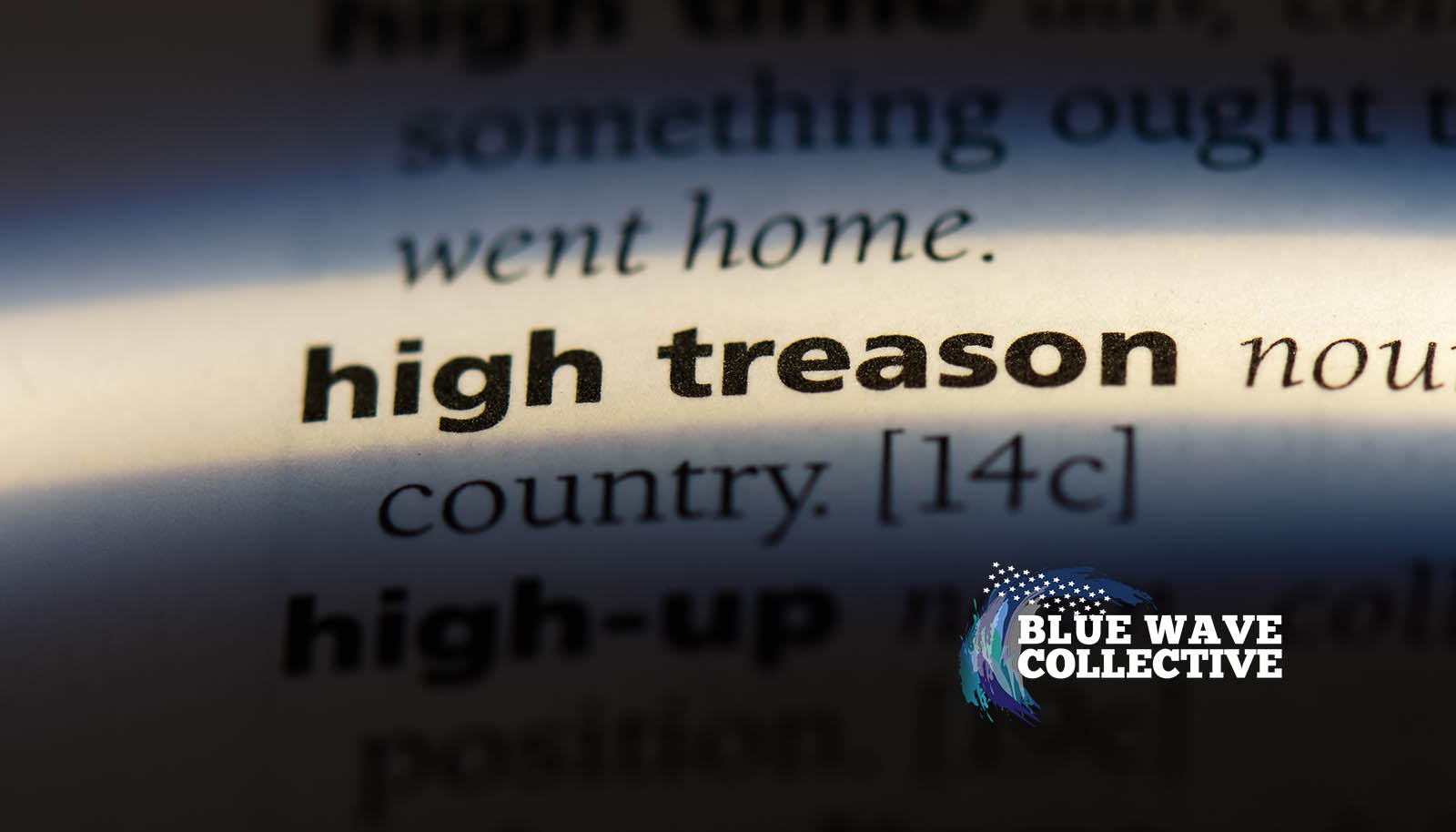 First, let’s talk about “High Treason”. “High” is relevant because the President, in his “high office” authority, did nothing to respond to Russia’s efforts to pay bounties on US soldiers. It is also relevant for his reasons for doing so, which was very likely because he is afraid that Russian engagement could hurt his re-election chances. With other Presidents, an accusation like this would be complete speculation, but we all know Trump. We know what he is about.

But this example of treason is just another in a long line of examples. While the term itself is subjective, it comes down to a very simple definition: “To betray ones country”. The following is a bulleted list from Reddit u/thinkards on actions that can be seen as Trump betraying his country, his military, and his people:

I don’t know [if I would call the FBI if Russians asked for a meeting again during campaign season] – Jared Kushner, Jun 3 2019 [3]

I think you might want to listen, there isn’t anything wrong with listening. If somebody called from a country, Norway, [and said] ‘we have information on your opponent’ — oh, I think I’d want to hear it. – Donald J. Trump, Jun 13 2019 [4]

I would think that if they [Ukraine] were honest about it, they’d start a major investigation … they should investigate the Bidens … China likewise should start an investigation – Donald J. Trump, Oct 3 2019 [6]

Thank God. No one is accusing us of interfering in the U.S. elections anymore; now they’re accusing Ukraine. – Vladimir Putin, Nov 20 2019 [7]

Jan 20 2017. Michael Flynn messaged business associates that economic sanctions against Russia would be “ripped up” and a business project was “good to go” [16]

Jan 26 2017. Acting Attorney General Sally Yates warned the White House Michael Flynn might be subject to blackmail by the Russians [18]

It now seems the General Flynn was under investigation long before was common knowledge. It would have been impossible for me to know this but, if that was the case, and with me being one of two people who would become president, why was I not told so that I could make a change? – Donald J. Trump, May 17 2019 [19]

May 10 2017. Trump told Russian officials he was not concerned with Moscow’s meddling in the US election [21]

Jun 1 2017. Trump and his administration mishandled classified intelligence so frequently that the US had to extract a “highest level source” from within the Kremlin [22]

Jun 21 2017. The Trump Administration opposed a broad bipartisan Russian sanctions bill because it would prevent the US President from lifting those sanctions [23]

Jun 16 2018. Trump called it “An Incredible Offer” to allow Russia to interrogate American intelligence officers in exchange for FBI questioning of 12 Russian agents for interfering in the 2016 U.S. presidential election [26]

Jul 4 2018. Seven Republican Congressmen travelled to Russia during the Fourth of July [27]

Jul 16 2018. Trump sided with Vladimir Putin over the US intelligence community regarding Russia’s election interference in the US 2016 election [28]

Jun 15 2019. Trump accused the NYT for treason for reporting that US escalated counter cyber-attacks on Russia [34]

Jul 25 2019. Trump asked for a favor from Ukranian President Zelensky as he looked for a White House visit [35]

Nov 13 2019. The conspiracy that Ukraine interfered in the US 2016 elections has been thoroughly debunked [39]

Dec 14 2019. Lindsey Graham gives his word not to be a fair juror in the trial of Donald John Trump’s impeachment [46]

Attention China and EU countries – The President has made it legal for me to call upon you to release damaging information about Donald J Trump.