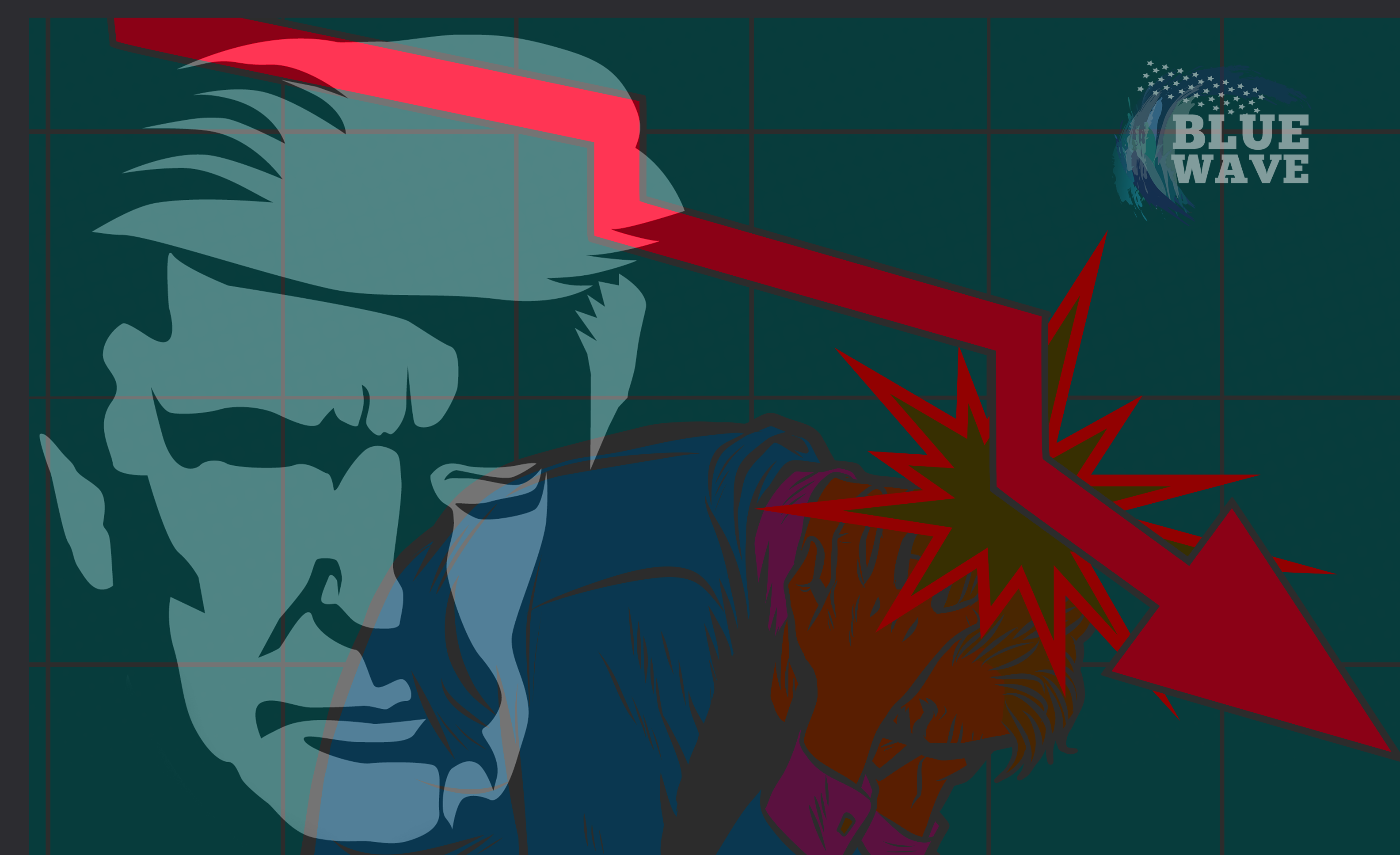 Why Trump is to blame for the crashing market

It’s no secret that Trump’s chances of re-election are firmly rooted in the continued economic growth that started 110 months ago, and continued for the last 39 months of his Presidency. Without a strong economy, the Democrats could run anyone they wanted against him, but as it happens, they seem to be running the guy who was Vice President for 80+ of those months of historical and unprecedented US and global market growth.

Based on recent market trends this year, news of a strong jobs report should be spiking our markets today, but it is not. Media outlets and the Trump administration would like us to believe that COVID-19 is the primary cause for this, but it is simply the catalyst to something that has been coming since the moment Trump took his “Oath”.

We are living in a global market, a global economy, and a growing world structure. Our population is booming, growth in countries across the world is booming, and there is one very real byproduct to all of this growth that is about to trigger, and may already have. Today could be the day we start to see it all unfold. This issue, of course, is debt. Not just in the US, but the debt that global economies have taken on to support this historic growth. As of two months ago, that debt equaled 55 trillion dollars.  The Gross World Product, or our combined wealth is just north of 80 trillion dollars.

If that sounds concerning, it’s because it is. The key word in that comparison to understand is that the 55 billion dollars in debt is only in “emerging markets”. It’s not a total of debt. The total world debt is upwards of 180 trillion dollars, more than twice the total Gross World Product.

This means that there is twice as much debt in the world than there are even assets. How does this happen? Well, modern monetary theory is a complex system wherein we, as a global economy,  only know one thing for sure – that no one truly is in control of it. That is why recessions happen, booms occur, and the fluctuations of the market remain the only reality.

As for Trump, he’s been on the ropes for months trying to distract us all from his disastrous policy. Historic debt, historic deficit, and a looming historic recession will be his legacy, along with the realities of being the most corrupt president in the history of this country. Trump’s only option is to hold off the recession until after election.

It’s a ‘Hail Mary’ strategy, as in a recession, Trump could have extorted every country in the world to manufacture dirt on Biden, it won’t be enough to win him another term…however if he does hold off recession until after an election, what will he be accomplishing? He will still be thrown under the bus as having dropped the ball on a great many elements of the “fiscal responsibility” that conservatives try to claim they adhere to.

So whether he is elected or not, his presidency is doomed. The ‘Sword of Damocles’ over the head of someone who’s administration could not hold off a recession due to rampant corruption in ever department, rampant obstruction of justice, and a Crony GOP who was more interested in power and lobbyist/politician feeding frenzy that a controllable Trump administration would provide a historic smoke-screen for. It’s Friday, and the markets just opened in the United States. I hope I am wrong about what wee are about to see.